Coverage of Hong Kong’s 2019 protest movement has largely focused on the protesters’ demands related to withdrawal of the extradition-to-China bill, review/repudiation of police tactics and replacement of the Chief Executive. But one of the principal demands that has received less coverage, despite being perhaps the most controversial, is the one for universal suffrage. And the key to understanding the universal suffrage claim lies not in parsing the Basic Law, Hong Kong’s mini constitution, but rather in examining the international agreement that gave rise to the Basic Law in the first place: the 1984 Sino–British Joint Declaration. This, in turn, raises fascinating questions regarding the law of treaties. This presentation will consider those issues. It will begin with an overview of the current crisis in Hong Kong and then explain how resort to international law may hold the key to resolving one of the core issues that is fueling the protests. 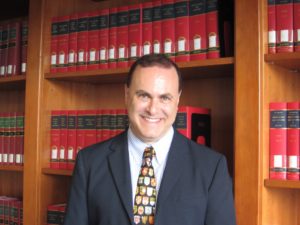 Having earned undergraduate and law degrees from Berkeley, he worked on the ICTR’s landmark “Media” cases and then as a prosecutor with the U.S. Department of Justice. His scholarship has largely focused on international criminal law (with a particular expertise in the area of international speech crimes and the history of ICL) but he also writes on issues of public international law, including human rights law, the law of war and the law of treaties. He is currently a Visiting Fellow at the European University Institute and the Georgetown University Law Center.