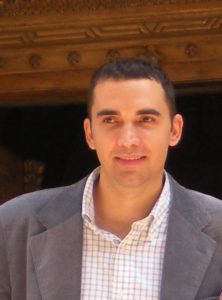 At the Allies’ pressure, which became legally binding through the Armistice Agreement signed on September 12, 1944, the Romanian transitional governments that replaced the Antonescu regime in August 1944 adopted a series of legal and administrative measures aiming to bring the war criminals to justice. For that purpose a special court – the People’s Tribunal – was established which functioned for two years. Based on untapped archival materials from the collections of the former Secret Police and other archives, Ionescu’s presentation provides insights especially into the indictments, the defense strategies used by the 46 defendants – mostly former military officials in Bessarabia, Bukovina, and Transnistria – and the court verdicts of the first war crimes trial that took place in post-Antonescu Romania in May 1945.