So far, both courts as well as quasi-judicial bodies have opted to either not discuss at all the mental harm that civilians sustain as a result of their exposure to hostilities, or do so in a quite insufficient manner, without properly relying on the opinions of mental health experts. The talk will discuss how this assessment mode can change so that both judicial as well as quasi-judicial bodies end up producing judgments and decisions which can stand for the evidentiary scrutiny and uphold the rule of law. 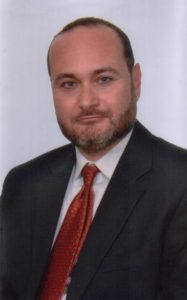 Dr. Solon Solomon is Lecturer in the Division of Public and International Law at Brunel University London. Holder of the George Weber award from the Hebrew University of Jerusalem, he has served as visiting lecturer or scholar in a number of academic institutions including King’s College London, Humboldt zu Berlin and Tel Aviv University and has been a member of the Knesset (Israeli Parliament) Legal Department entrusted with the dealing of international and constitutional issues. His opinions and works have been cited or appeared in a number of media outlets including the Financial Times, The Times of London, The Independent, The Straits Times and Haaretz.

Due to Stockholm University being physically closed for visitors the seminar will take place via Zoom, same time. You will find the link to seminar here: https://stockholmuniversity.zoom.us/j/66388503827.

Update. You can watch a recording of the event below.