What – if anything – can States do between war and words in defence of multilateral public order when confronted with massive human rights violations and other international crises? The use of otherwise unlawful unilateral sanctions of a peaceful character taken in defence of communitarian norms – i.e. third-party countermeasures – is an increasingly common phenomenon in international relations. They are often resorted to by a large (and increasingly diverse) number of States acting in concert as part of a broader strategy to deal with major assaults on multilateral public order – as witnessed by the recent examples of Syria and Ukraine. And yet their legal position has been and remains unclear. The International Law Commission in 2001 reserved its position on this deeply controversial matter by the adoption of the saving clause in Article 54 ARSIWA (Articles on the Responsibility of States for Internationally Wrongful Acts). This presentation will examine one of the great unresolved questions of current international law: the position of third-party countermeasures.

Dr Martin Dawidowicz (PhD Cambridge; M.Jur Oxford; Jur. Kand. Stockholm) is a Departmental Lecturer in Public International Law at the University of Oxford. Prior to his current appointment, he was an associate at LALIVE in Geneva where he practiced public international law and investment treaty arbitration and previously worked in the UN Office of Legal Affairs in New York. He is a member of the ILA Study Group on UN Sanctions and International Law. Dr Dawidowicz is a generalist international lawyer with a variety of specialist interests. He has published on the law of State responsibility, the law of treaties, international dispute settlement and the law of self-determination in se 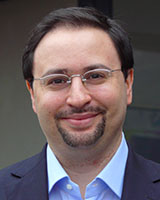 veral leading publications, including the British Yearbook of International Law. He is the author of Third-Party Countermeasures in International Law (Cambridge University Press, forthcoming December 2016, with a foreword by H.E. Judge James Crawford).

Registration (voluntary): scilj@juridicum.su.se, by 9 of October