“Specially Affected” States and the Formation of Custom: A Concept in Search of a Meaning

Although powerful states in the Global North have consistently relied on the concept of “specially affected” states to claim that they play a privileged role in the formation of customary international law, the concept itself has been almost completely ignored by legal scholars. This presentation is designed to fill that lacuna. In particular, by focusing on debates over the scope of the jus ad bellum and jus in bello, I will attempt to answer two questions: (1) what makes a state “specially affected”? and (2) what exactly is the importance of a state qualifying as “specially affected”? I will argue that the most theoretically coherent understanding of the concept of specially-affected states would privilege the opinio juris of the Global South in a manner that the Global North would never find acceptable. 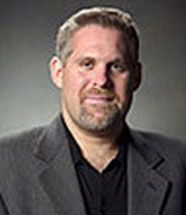