Given the economic importance of Muslim countries and the increasing number of transactions between the Muslim and Western parties, Shari’a has been an increasingly significant issue in the field of international commerce. The dramatic growth of Islamic finance over the last few decades confirms this observation. Due to nature of Shari’a, this increasing significance has given rise to a number of issues and problems. Alongside the problems at the international level, the role of Shari’a as a source of legislation, stipulated in the constitution of a number of Muslim countries, has raised issues at the national level. Awareness of the role of Shari’a with respect to commercial matters is crucial when considering or conducting business with a subject of a Muslim country or in relation with an Islamic financial institution.

Mohammad H. Tavana is a PhD candidate at the University of Zurich. The topic of his dissertation is “The Role of Shari’a in International Commercial Arbitration: An Enquiry into Potential Convergence”. Mr. Tavana was previously a research assistant at the Center for Islamic and Middle Eastern Legal Studies (University of Zurich) 2012-2013 and currently is conducting research in Stockholm. 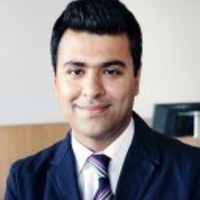