Law’s methods continue to be preoccupied with protecting property and contract at both national and international levels via constitutional forms. To this end, capital-exporting states have been cementing their influence via new legal regimes, like international investment law. What is left unexplored is the extent to which new legal regimes have continuity with those in the past. This paper resurrects the notion of empire, associated with colonial and (post)colonial institutions of the 19th and 20th centuries, conjoined with the spatial relationship of core and periphery. Even if discussion of imperial rule has fallen out of fashion, it is analytically useful to view the rules and institutions of investment law through this overlooked frame. Investment law constrains political capacity in the periphery as did imperial constitutional rule via informal means. Contemporary rule, however, is conducted in a more formal manner with the effect of making metropolitan interests appear to be separate from legal outcomes. This renders the investment law regime to be seemingly more impartial and, therefore, more legitimate. By interrogating investment law through the lens of empire, the paper has as its object reconnecting law to politics in an age when constitutional formalities continue to proliferate.

David Schneiderman is Professor of Law and Political Science (courtesy) at the University of Toronto where he teaches and writes in the areas of constitutional law and on international investment law. He is currently Torgny Segerstedt Visiting Professor, Department of Law, University of Gothenburg and Affiliated Professor of Law, University of Stockholm. Professor Schneiderman is the author of over 80 articles and book chapters and also the author or editor of twelve books, including Constitutionalizing Economic Globalization: Investment Rules and Democracy’s Promise (2008), Resisting Economic Globalization: Critical Theory and International Investment Law (2013) and, most recently, Red, White and Kind of Blue? The Conservatives and the Americanization of Canadian Constitutional Culture (2015). He is, at present, working on a book manuscript with the preliminary title Lineages of Investment Law: Colonialism, Imperialism and Debt. 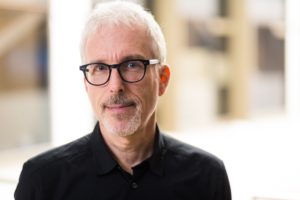