There are three grounds under the Sharia for being placed under guardianship: minority, insanity, and, within limits, the “state of being female”. It is argued that the founding of Islam and the revelations in the Quran resulted in a great improvement for women’s rights, compared to other civilizations at that particular time. The rules on marriage and divorce had a general objective of improving the status of women and represent some of the most radical reforms of the Arabian customary tradition. Nevertheless, in many areas where Islamic law is applied by Muslim jurisdiction, women do not have rights equal to those of their male counterparts. Women are treated as minors under the legal guardianship of the husband or a male relative. A number of scholars have challenged the restrictive interpretations discriminatory to women, arguing it is a result of the fact that historically men acted as commentators and interpreters of the religious texts as well as legislators, jurists and judges and people in power. There are a number of verses in the Quran that create non-discriminatory rights for women. The seminar will focus on the guardianship of women within Islamic law by providing a historical overview of the development of women’s rights and will describe the challenges and opportunities for advancing women’s rights by using Islamic law and methods. 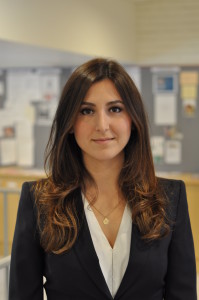 Dr. Samadi is a Senior Lecturer in law at Örebro University. She previously worked as a Professorial Lecturer at the George Washington University in Washington DC, lecturing on women in Islam.