The Security Council vs Weapon of Mass Destruction

The evening starts with a reception at 17:00. The lecture starts at 18:00. For participation, RSVP to scilj@juridicum.su.se before November 11th.

Dr. Blix has a PhD from Cambridge (1958) and a Doctorate of Laws from Stockholm (1959), where he was appointed Associate Professor (1960). In 1978, he became Minister for Foreign Affairs and served as Director General of IAEA 1981–1997. Dr. Blix led the United Nations Monitoring, Verification and Inspection Commission (UNMOVIC) for Iraq 2000–2003. He then chaired an independent international commission on weapons of mass destruction, which issued the report “Weapons of Terror: Freeing the World of Nuclear, Biological and Chemical Weapons” (2006). His book “Disarming Iraq” was published in March 2004 and “Why Disarmament Matters” in April 2008. Dr. Blix is a highly respected expert in international law, i.a. as member of the Institut de Droit International. 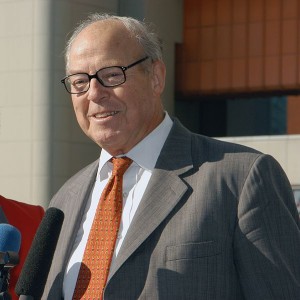